Thank the Soldiers by Brent Jackson 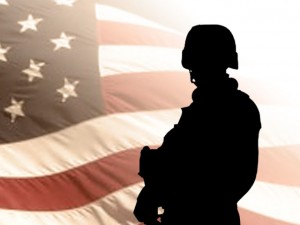 This is an original song written, played (guitar) and sung by Brent Jackson. The original music was recorded in BYU studios, but the vocal was recently re-done (messing around with the auto-tune effect, which wasn’t so overused and abused when he did this).

The fun part with this song is that it was sent to Capital Records in LA, and they called to tell us how much they liked it. But it was toward the end of Desert Storm and weren’t doing any more “Soldier songs”. But they wanted us to send them more songs if we had any ready. We were too busy to follow up with any more, so it died from there.

Oh well. The fish that got away.

Welcome to the Studio!

This site will post Studio Projects that get completed, as they are done. Please give us your comments at the bottom of any page, and ENJOY!

This site requires Adobe Flash to see the "Play" button. If you do not see it please install adobe flash player here:
Download Flash
ALSO: This site is best viewed on Google Chrome browser. If you are having difficulties playing songs, try downloading Chrome here:
Download Chrome

Now on Spotify! Listen to our new album on any device!